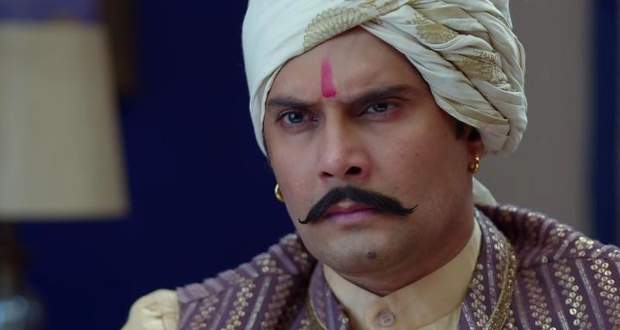 Today's Molkki 28 July 2021 episode starts with Virendra going to the party office while Nandini gets emotional and thanking Virendra by sending him a message.

Meanwhile, Purvi gets Manas treated by the doctor and asks him about Aarav but the doctor reveals that Aarav didn't get into an accident.

Purvi sees the message and rushes to stop Virendra but fails to stop him after which she finds out the whole situation from Veer.

At the party office, everyone is celebrating Virendra for becoming the next Mukhiya even before the result is declared.

Charansingh mocks Virendra as he goes to the main office and says that he wants to withdraw his name.

Purvi reaches the office by running there and stops him just before he is about to sign.

She takes Nandini and Virendra aside and assures that they do not have to withdraw Virendra from the election as Aarav is safe.

The Flashback shows the Purvi forming a plan to save Aarav after reading Nandini's message and managing to get inside Charansingh's haveli.

They beat up the goons and manage to find the cell where they see Aarav lying unconscious.