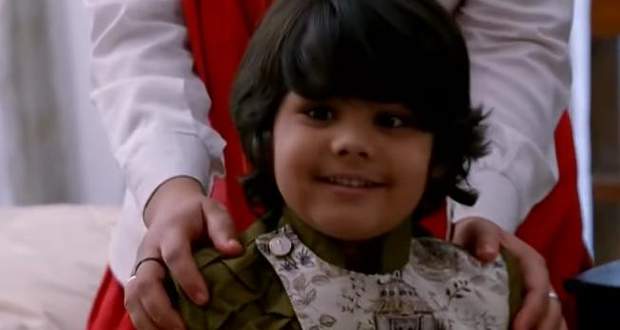 Manas shouts for help while Prakashi informs Anjali that she got him kidnapped so that Virendra goes to look for him and marriage does not happen.

Purvi gets tensed not seeing Manas in the Baarat and calls Virendra but he isn't able to hear due to the sound of drums.

Manas remembers watching a cartoon with Purvi and uses a laser to get help.

Bhuri goes to Purvi and tells her that Manas has been lost.

Purvi goes to the market and looks for Manas with Bhuri.

Juhi does Virendra's aarti and welcomes him from the bride's side.

Virendra sits in the mandap while Anjali announces that Purvi is nowhere to be found.

Virendra goes to look for Purvi but doesn't find her.

Virendra announces that the wedding is cancelled.