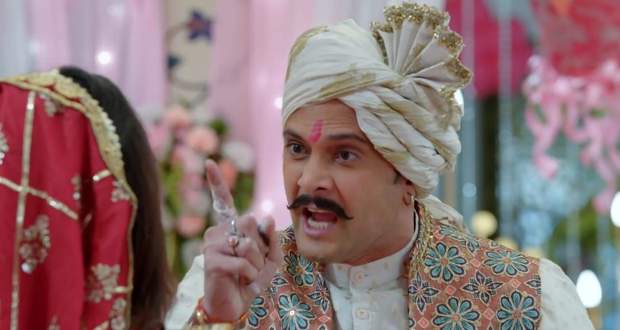 Today's Molkki 29 December 2020 episode starts with Purvi bringing the cake while Virendra gets furious seeing her.

He angrily stalks towards her and destroys the cake which shocks Purvi.

Virendra berates her that the accessories belong to Shakshi and that no one is allowed to touch them.

Virendra calls Purvi a thief while she tries to prove her innocence but fails.

Virendra accuses her to trying to be like Shakshi which hurts her and he decides to punish her in front of everyone.

He demands her to remove the jewellery right then and there and she does so while feeling humiliated.

Virendra tells her to go change her outfit as the clothes are also Shakshi's.

Purvi has a breakdown while remembering her moments with Virendra.

Priyashi comes there and tries to pacify her while Purvi says that it would have been better if she had died instead of becoming a Molkki.

Meanwhile, Anjali tells Jyoti how she stole the jewellery and outfit from Shakshi's room and trapped Purvi in her plan.

Later, Virendra comes to his room which wakes up Purvi and he says that he will keep Shakshi's belonging in his closet from now and will punish anyone who tries to take them.