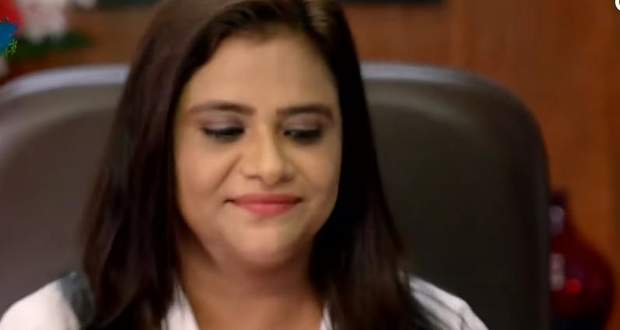 Today's Molkki 29 October 2021 episode starts with the flower seller running after Purvi's car to return the money to her while they go inside the hospital.

The man sees that Purvi has gone inside and decides to find her to return the money to her.

Inside the hospital, Purvi is sent to a room to change while a ward boy makes her unconscious puts her in the back with the help of Sakshi who has bribed him.

Sakshi dresses in a hospital gown and puts on a mask so that the doctors do not recognize her and go on with the procedure mistaking her as Purvi.

Meanwhile, the flower seller finds Purvi unconscious on the stretcher and takes the stretched outside for help.

Just then, Virendra comes to the hospital and decides to wait by the reception when the guy comes there with Purvi on the stretcher.

Virendra gets confused and barges into the operation theater to stop the procedure while other doctors attend to Purvi.

He gets shocked seeing Sakshi in Purvi's place and questions her while Sakshi lies that she couldn't find Purvi and thought she got afraid and ran away.

Purvi comes there and Sakshi acts concerned while saying that it might be Arjun's plan to take revenge and tells them to reconsider her for the surrogacy but they decline and send in Purvi for the procedure.

The procedure completes and they come upon the guy who refused to take money from Virendra and asks for a job instead which Virendra agrees with.

Further, Sakshi gets angry seeing Virendra and Purvi romantic and thinks to separate them in the next 9 months.

Later, at haveli, Sakshi scolds Purvi for eating Papaya and tells her that it might cause her to miscarriage and fires the servant.