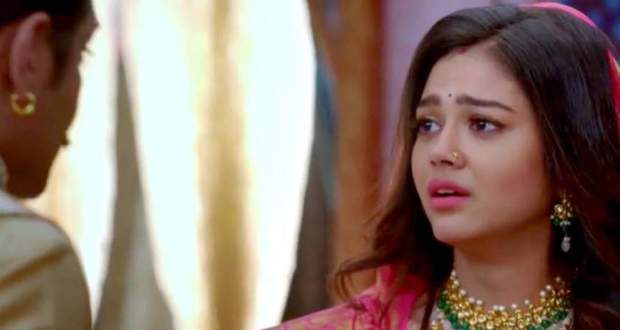 Later, Manas birthday celebrations are going on while everyone is happy except Virendra and Purvi.

At the end of the party, Sakshi thank Purvi for taking care of the children in her absence.

Meanwhile, Purvi asks Sakshi that she wants to meet Manas and Juhi before leaving Haveli.

Afterward, Purvi leaves Haveli remembering all memories with Virendra and their children while Virendra stops her.

Virendra replies that Purvi married him in exchange for money and she has to repay the money before going.

This makes everyone shocked and Prakashi asks Virendra to send Purvi back without any objections.

Virendra refuses Prakashi's words and tells Purvi to stay with them until the money is returned.

© Copyright tellybest.com, 2020, 2021. All Rights Reserved. Unauthorized use and/or duplication of any material from tellybest.com without written permission is strictly prohibited.
Cached Saved on: Monday 17th of January 2022 09:16:12 AM