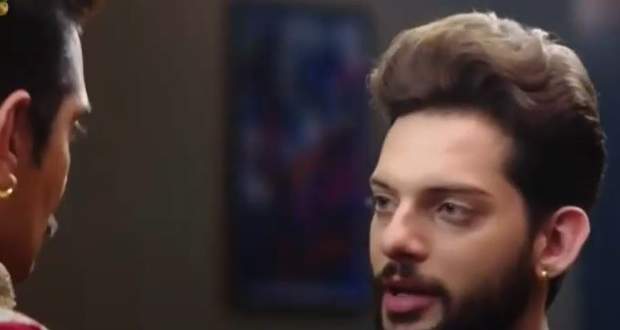 Today's Molkki 2 September 2021 episode starts with Nani planning for a picnic the next day. Virendra tells them to enjoy at the picnic and refuses to join them.

Further, Nani tells Daksh that she planned this picnic to bring him and Dhwani(Purvi) closer.

Later, Juhi and Manas insist on going to the picnic with Purvi.

The next day, everyone reaches their picnic destination. Suddenly, Virendra and his kids arrive there. Chandni tells everyone that she invited them to surprise everyone.

Further, Juhi and Manas request Purvi to play basketball with them. They divide themselves into teams and the kids tell Purvi to be in Virendra's team.

The game starts and Daksh scores the first goal. During the match, Purvi loses her balance and falls but Virendra holds and doesn't let her fall. Nani sees this and doesn't like it.

Later, Nani tells that the team scoring the goal in the last 2 minutes will win the game. Everyone resumes playing. Purvi tries to score a goal Virendra picks her up to help her complete the goal.

At night, everyone returns home. Nani is worried about the bond which is building between Virendra and Purvi.