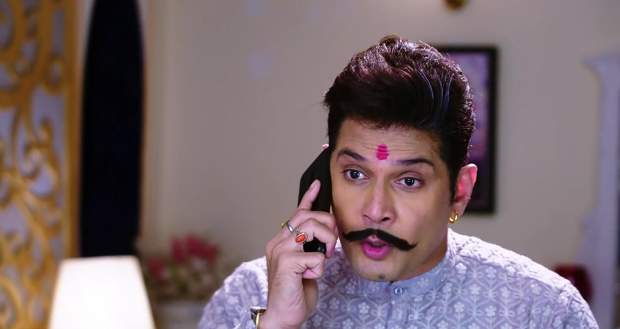 The next morning, Purvi makes tea for Virendra and goes to visit him. The children get excited after seeing her and call her Haathi. Virendra tries to stop them but Purvi tells him that it's alright.

Further, Virendra apologizes to Purvi while she tells him that Veer has told her that she looks like Virendra's wife who passed away.

On the other hand, Chandni is very excited as Virendra has shifted to their neighborhood. She also tells this to Daksh and he decides to go and meet Virendra.

After some time, Daksh receives a call and urgently has to go to a meeting. So, Daksh asks Virendra to drop Purvi at the school as he was going to drop his children who belong to the same school.

Later that day, Chandni asks Daksh what will he do after Purvi leaves his house. She tells him that the truth of his fake engagement will be exposed. Nani overhears this and asks Daksh is it true.

Nani requests Daksh to convert this lie to reality and marry Dwani(Purvi).