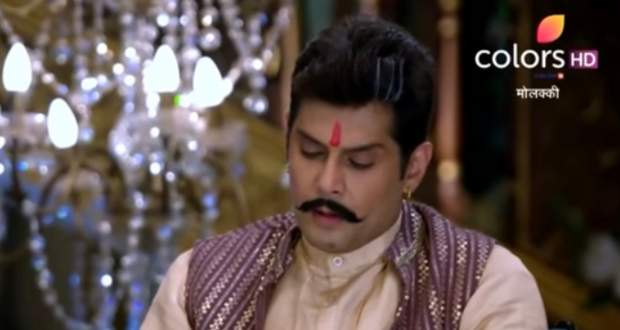 Today's Molkki 3 August 2021 episode starts with Purvi managing to reach the hospital and Virendra being taken into the operation theater.

She calls Nandini and informs her about everything while Nandini passes on the news to Aarav.

Aarav acts concerned and later informs about it to Charansingh who gets furious learning that Virendra is still alive.

Elsewhere, Priyashi acts afraid while Veer calms her and promises her that he will marry her.

Anjali records everything and plans to get revenge on Priyashi and Purvi.

At the hospital, Virendra's children and Aarav comfort Purvi while Charansingh enters the operation theater disguised as a doctor.

The operation goes successful and the doctors leave but Charansingh stays inside.

However, Purvi notices one of Charansingh's goons and alerts the security due to which Charansingh runs away.

Later, Veer informs Virendra that he and Priyashi love each other and Virendra agrees to their marriage.

However, Sudha gets heartbroken while Purvi notices it.

Afterward, Priyashi goes to Purvi thinking that she is Anjali and reveals the whole plan to her.

© Copyright tellybest.com, 2020, 2021. All Rights Reserved. Unauthorized use and/or duplication of any material from tellybest.com without written permission is strictly prohibited.
Cached Saved on: Saturday 30th of July 2022 05:44:14 PMCached Disp on: Wednesday 17th of August 2022 04:02:14 PM