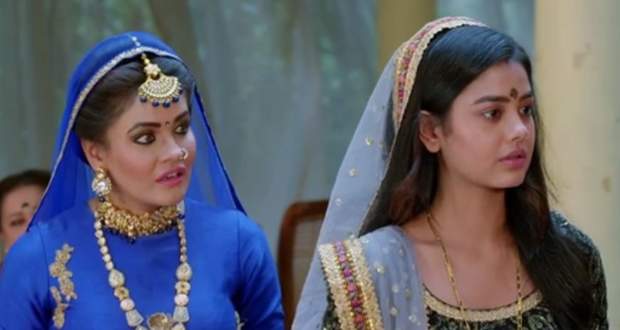 Today's Molkki 3 June 2021 episode starts with Prakashi and Anjali manipulating Sakshi that Virendra showing much interest in Purvi is stopping her from leaving Haweli.

Later, Purvi cries to think about Virendra's words to repay the money.

Meanwhile, Virendra explains to Purvi that he can't live without her which makes Purvi emotional and they get close.

At the same time, Sakshi overhears their conversation and gets shocked.

Further, in the morning, Virendra goes out for work and by taking the situation advantage, Anjali prepares for the ritual for paid wives.

Sakshi asks Purvi to wear a black dress for insulting her.

Later, Sakshi insults Purvi by saying that she is a paid wife and not a real wife of Virendra.

Everyone blackens Purvi's face with ash which is part of the ritual and Purvi cries because of the insult.

On the other hand, Virendra returns to Haveli by postponing his work.