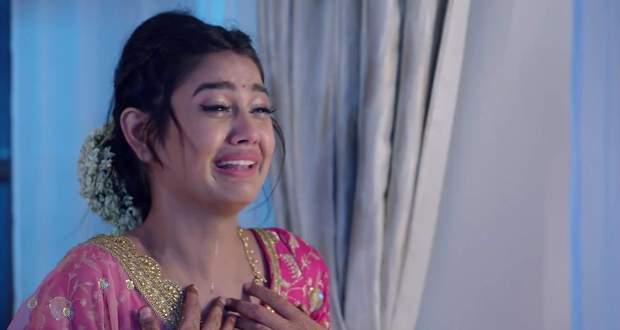 Today's Molkki 3 May 2021 episode starts with Sakshi losing consciousness and Virendra taking her inside while others follow him.

Purvi feels shattered and runs away from Sudha and Priyashi who try to console her.

The doctor tells Virendra to not give any shocking news to Sakshi as she is still mentally weak.

Bheem consoles Virendra while Prakashi tells him that she will take care of everything.

Meanwhile, Purvi talks to god and asks him to show her the right path as she does not know what to do now that Virendra's first wife Sakshi is there.

The next day, Sakshi regains consciousness and asks Purvi who she is.

Bheem says that Purvi is their maid and she runs from there while Virendra questions Bheem.

Anjali tells Purvi to shift to maid's quarters as Sakshi will be staying with Virendra from now on.

Later, Virendra notices that Purvi's clothes are missing from the closet and gets curious.