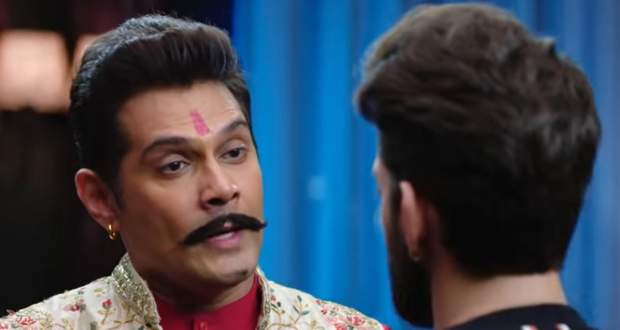 Today's Molkki 3 September 2021 episode starts with Nani encouraging Daksh to propose to Dhwani saying that she is waiting for his proposal.

Elsewhere, Sudha finds the bill of anklet in Veer's clothes and gets shocked.

Veer tries to convince Virendra to forget Purvi but he tells her that they are husband-wife and that he will not stop trying to make her remember her past while Dadi overhears them and gets worried for Daksh.

Daksh proposes to Dhwani but she rejects him saying that she doesn't have romantic feelings for him.

Later, Nani tries to console Daksh and tries to stop him from going out of the house but he leaves.

Purvi thinks of her moments with Daksh and Virendra while Virendra also thinks about Purvi.

Meanwhile, Daksh gets drunk at a bar and further getting into an accident.

He gets taken to the hospital and is operated on while Purvi, Chandni, and Nani wait outside while praying for him.

Sudha confronts Veer about the anklet but he ignores the topic tells her that the bill was someone else's.

Purvi prays for Daksh while Nani tells her that she is the reason for Daksh's accident and taunts her.

She further calls Purvi selfish and says that she is alive because of Daksh only and accused her of being in love with Virendra.