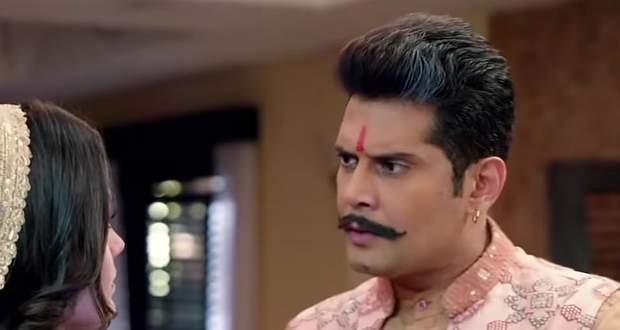 Today's Molkki 5 November 2021 episode starts with Purvi calling the jeweler to ask for Sakshi's bangles while he says that there are no bangles of Sakshi there which makes her confused.

She questions herself if Sakshi is lying to them and is planning something behind their back.

Later, Purvi investigates around the village and later confronts the manager asking him if Sakshi bribed him.

She returns to haveli and informs Virendra that someone was deliberately trying to had her and her baby while showing a picture to him.

© Copyright tellybest.com, 2020, 2021. All Rights Reserved. Unauthorized use and/or duplication of any material from tellybest.com without written permission is strictly prohibited.
Cached Saved on: Wednesday 19th of January 2022 01:29:02 PM