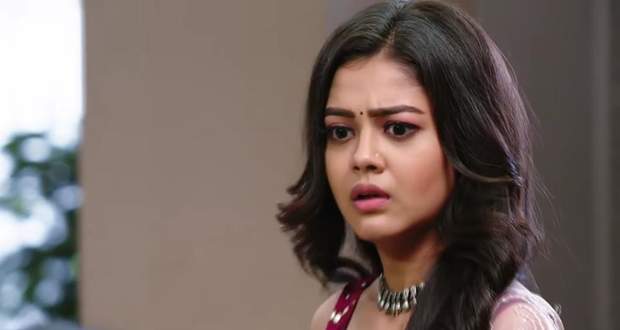 Today's Molkki 6 September 2021 episode starts with Nani telling Purvi to be careful of Virendra as she saw how he behaved with her during the basketball game and finds with very eerie.

However, Purvi tells him that Virendra is not like that and leaves to see Daksh.

Later, Purvi is tending to Daksh when Nani comes there saying she has some work and leaves after which Purvi, Daksh, and Chandani play board games.

Elsewhere, Veer meets up with Priyashi and informs her that Purvi is alive which makes her angry but he calms her saying that she doesn't remember anything.

Nani comes and plays with them when they hear the shouts of a lady.

They open the main door to see the maid running towards them in torn clothes.

She cries into Nani's arms and tells them that he tried to force himself on her while pointing at Virendra who seems inebriated with a piece of the maid's dress.

Daksh, Chandni, and Purvi say that it is not possible while Nani tells them that they are blinded and orders Daksh to call the police.

The police take away Virendra while the flashback shows Nani bribing the maid to do the drama and make Virendra look like a cheap person.

Later, Nani tells Purvi that she saw how Virendra is and tells her that Daksh is ye perfect match for her when Daksh overhears them and requests Nani to let Purvi take her own decisions.

Purvi tells Daksh that she is ready to marry him which shocks him but happily hugs her.