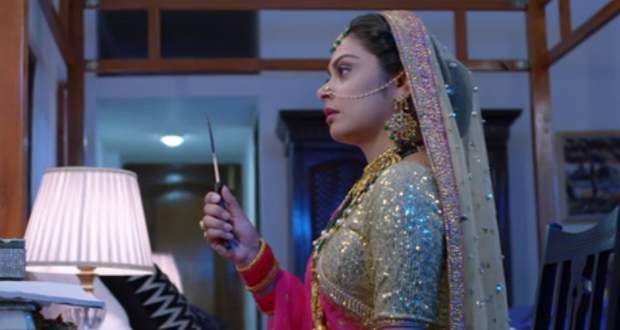 They also say that they can help Sakshi in every situation to separate Purvi from Virendra.

Later, Sakshi locks herself in a room and dress up like a bride.

Further, Sakshi writes a suicide note to Virendra by learning about his love for Purvi.

At the same time, Purvi decides to give food to Sakshi while Anjali interrupts Purvi and tells her that the argument between Virendra and Sakshi because of Purvi.

Sakshi attempts suicide by cutting her hand and starts heavy bleeding which makes everyone shocked and they call the doctor.

By treating Sakshi, the doctor says that she needs blood immediately.

To give blood to Sakshi Purvi decides to check her blood group.

In the meantime, Anjali calls Virendra and tells about Sakshi's suicide attempt.

Purvi learns that her blood is matched Sakshi's and donates to Sakshi.