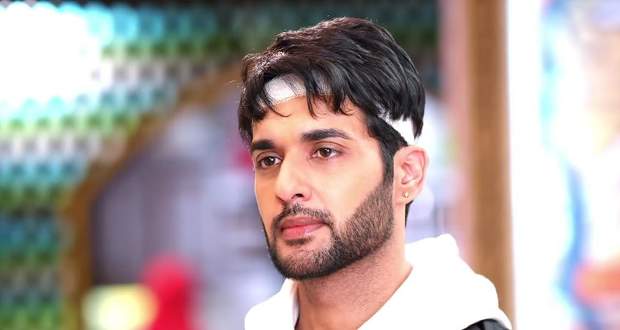 Today's Molkki 7 October 2021 episode starts with Arjun noticing the positions of where the gunshot would have hit and leaves from there after seeing a dent on the flower vase while Purvi follows him.

He tells her that they are going to Rewari police station while she gets annoyed with him and tells about it to Sakshi on call.

Anjali overhears Sakshi's conversation and informs Prakashi that they have found a lawyer to fight Virendra's case.

Meanwhile, Arjun gets permission to see Daksh's dead body and goes to the morgue room with a camera while Purvi follows him inside.

Arjun clicks a few pictures of the gun wound and tells Purvi that Virendra's case will reopen and thag he will win the case also.

Purvi demands to know the evidence that he found but Arjun refuses and leaves telling her that he will inform her of the date of the next hearing.

At night, Sakshi and Purvi are talking while Purvi gets a message from Arjun and she happily informs Sakshi that the case is going to reopen the next day while Prakashi and Anjali get tensed overhearing their conversation.

The next at court, Purvi sees Prakashi and Anjali giving a suitcase filled with money to Arjun and doing a handshake with him and thinks that Arjun has been bribed.

Purvi and Sakshi get shocked seeing Daksh's Nani there while Purvi informs Sakshi what she saw and advises to change the lawyer.

However, the court hearing starts, and Sakshi tells her that nothing can happen now.

He further shows Daksh's Shervani torn from the same place where Virendra's bullet grazed him.

© Copyright tellybest.com, 2020, 2021. All Rights Reserved. Unauthorized use and/or duplication of any material from tellybest.com without written permission is strictly prohibited.
Cached Saved on: Wednesday 1st of December 2021 10:29:50 PMCached Disp on: Monday 6th of December 2021 08:31:26 AM