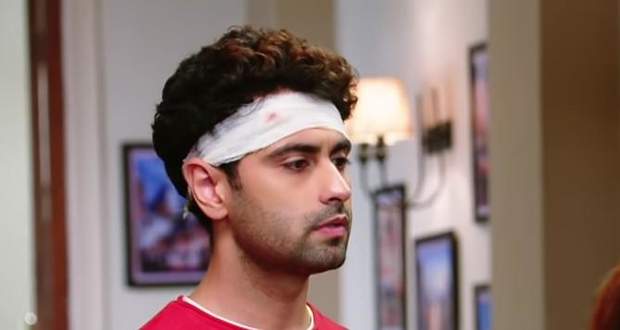 Today's Molkki 7 September 2021 episode starts with Purvi agreeing to marry Daksh saying that she hopes their friendship blossoms into love after their marriage.

Later, everyone is having breakfast while Nani tells them to not take Virendra's name and start preparing for the marriage.

Manas and Juhi come there and ask whose marriage is going to happen and get shocked to learn that Purvi is going to marry Daksh.

Suddenly, Virendra comes there and happily reveals to them that the police let him go as he is innocent and that someone tried to frame him.

He reveals that he had CCTV camera's in his house which showed Shushila giving him something that made him inebriated and then tearing her clothes and framing him.

Virendra tells Daksh that he will not leave the person who tried to frame him while recalling Nani giving money to Shushila and informs that she ran away before the police could find her.

Later, Purvi goes to meet Virendra and apologizes to him for thinking wrong of him and says that she should've listened to her heart while he also agrees.

She gives him his favorite sweet and says that it is without sugar making him think that she is slowly remembering her last but she reveals that she found out at the picnic.

He asks what is the occasion for sweet when Daksh comes there and informs him that they are going to get married in 10 days.

Daksh tells Dhwani to give him the invitation and invites him for the marriage.