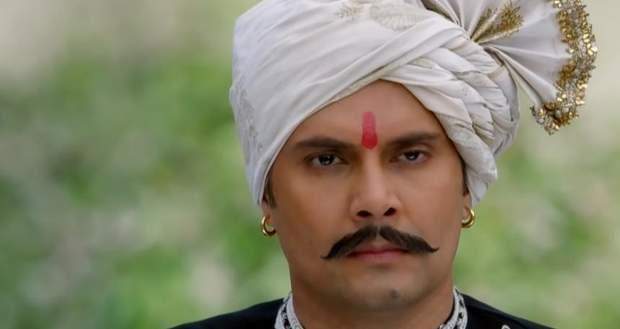 Sudha, Priyashi and the kids telling the inspector about Purvi being in an old factory where laptops are kept and the inspector starts ordering the police officers to find the factory.

The goon is torturing Purvi while she manages to run away from him.

The police are on their way with Sudha and others while Prakashi and Anjali are also on their way to the factory.

The goon catches up to her and slaps her while she hits her head and falls unconscious.

The police reach the factory and look for Purvi but fail to find her after which the kids remember the train sound and tell the police inspector about it.

The police are on their way to the factory while Prakashi and Anjali reach the factory and orders the goon to transfer Purvi someplace else.

The goons are Purvi someplace else while the police reach there with Sudha and others.

The police fail to find Purvi while Manas comes there with a letter written by Purvi and they follow the Dal trail as written in a letter.

The goons hide her in another go down while Prakashi scolds them.

They notice the police and tell Prakashi to leave while they handle police and Purvi as well.

The goons and police fire at each other while Anjali manages to convince Prakashi to leave Purvi and escape from there.

The police manage to catch the goons but fail to catch Prakashi and Anjali.

However, one goon keeps his gun on Purvi and threatens the police to shoot her while Virendra comes there and fights the goons trying to stop him.

Virendra grabs the goons treating Purvi from behind while the kids shout his name.

Virendra fights the goon and beats him while the police manage to stop him from killing the goon.

Purvi hugs the kids while Virendra comes there and unties her hands.

He hugs her while the kids also join them.