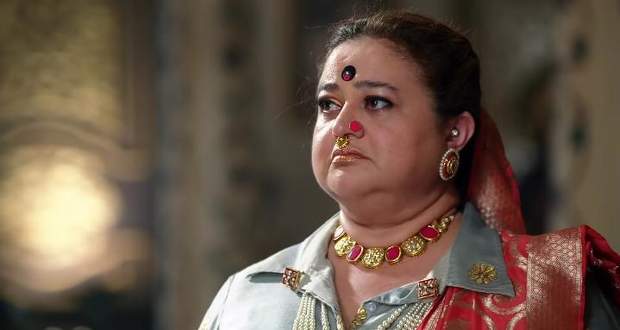 Molkki 8th July 2021 Written Update: Prakashi tries to get back at Virendra

Today's Molkki 8 July 2021 episode starts with Prakashi calling someone and telling them to come back to the village.

Elsewhere, Purvi and Virendra start the Shanti Pooja while Manas and Juhi go out to play.

Suddenly, a girl and a boy there and stop the priest from blessing Purvi as Virendra addresses them as Veer and Nanthini.

Purvi wonders who they are when Manas and Juhi come there and reveal that they are their siblings and that they lived in London till now.

Later, Purvi asks Virendra why he didn't tell her about them and Virendra answers that they had cut off all ties with him and that it is the reason why there address him as 'Mukhiji' and not as their father.

He further reveals that they hold him responsible for Sakshi's death and Purvi promises to try her best to reunite them.

The next day, Nanthini behaves rudely with a maid while Virendra scolds her.

However, Purvi stops Virendra as Nanthini taunts him for listening to a Molkki.

At the same time, Veer comes there saying that he has a surprise and brings Prakashi and Anjali there.

Virendra shouts at them and realizes that it was Prakashi who called them back home.