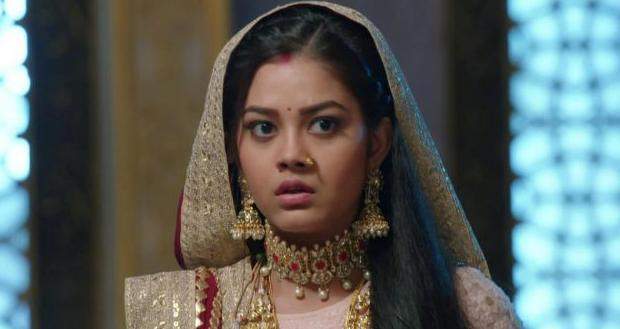 Today's Molkki 8 June 2021 episode starts with Purvi donating the blood to Sakshi and later, the doctor tells them that Sakshi is out of danger.

Elsewhere, Virendra is on his way to the Haveli while he prays for Sakshi's health.

Further, Virendra comes there being worried and speaks to Sakshi while the children come and ask Sakshi about her health.

On the other hand, Anjali and Prakashi feel happy that Sakshi is out of danger as they think that they get benefited from Sakshi to fight against Purvi.

Later, Anjali goes to Purvi berates her for acting nice to Sakshi after trying to take her life, and tells Purvi that she will not be happy by snatching peace from others.

The next day, the doctor tells Virendra about Purvi giving her blood to Sakshi to which Sakshi gets shocked.

Further, Sakshi rebukes Purvi and reveals about Virendra telling her that he loves Purvi but not her.

Purvi says to Virendra that their relationship is not possible and asks him to think of Saskhi and his children.

Further, she asks for a divorce from Virendra as she wants to make the family happy.

Virendra remains speechless towards Purvi's decision while she pleads with him to agree with her on taking divorce.