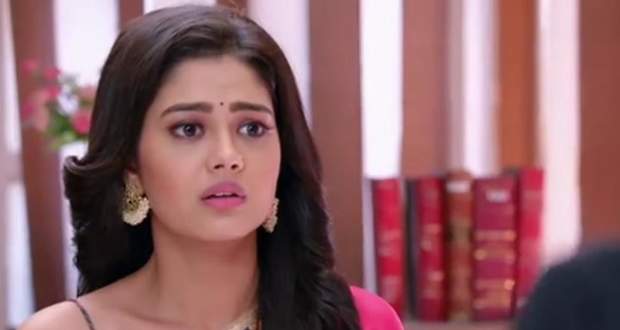 Today's Molkki 8 November 2021 episode starts with Purvi going to the jewelry and telling him that she will also take Sakshi's angles with her when the jeweler says that Sakshi has not given them any jewelry for polishing ke cleaning.

Purvi gets confused and wonders why Sakshi lied to them after which she goes to the woodcutter's house and questions his wife after seeing Sakshi's bangle in her hands.

The wife says that her husband gave her after which Purvi leaves from there.

Later, she shows the picture of the cut branch and tells Virendra that someone wanted to purposefully hurt her and the child and that it is Sakshi which shocks him.

© Copyright tellybest.com, 2020, 2021. All Rights Reserved. Unauthorized use and/or duplication of any material from tellybest.com without written permission is strictly prohibited.
Cached Saved on: Wednesday 19th of January 2022 01:27:44 PM