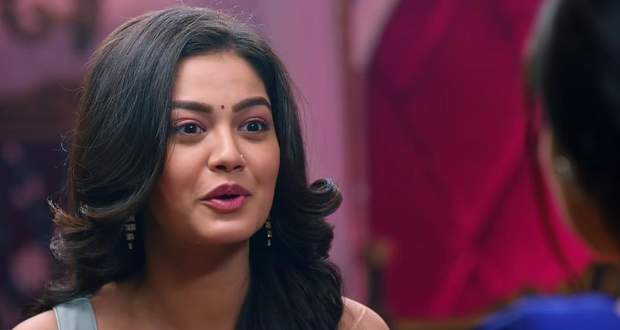 Today's Molkki 8 October 2021 episode starts with Arjun showing Daksh's Kurta to the court and showing that it is torn at the same where there is a mark on Daksh's arm and proving that Virendra's bullet only grazed Daksh's arm.

Flashback shows, Arjun taking a picture of Daksh's shoulder and then asking for the clothes.

At present, Arjun says that Virendra is innocent but it is to be noted that there was someone else that night who shot Daksh and killed him.

The judge announces that the case is reopened for a thorough investigation and is giving a chance to find the real culprit so that Virendra can be proved innocent.

Later, Purvi and Virendra have an emotional moment talking to each other while he thanks Arjun for helping them.

Purvi follows Arjun and apologies to him for judging him while telling him that she saw him with Prakashi and Anjali.

However, he tells her that she would have seen the truth if she had stayed a little longer as a flashback shows Arjun dropping the suitcase of money saying that he does not care about the money.

She leaves while Arjun recalls going to the hotel room before Purvi comes and finding a bullet there.

He thinks to hide it from Purvi and use it as a trump card.

At present, he says that the police will be looking for the bullet after the reopening of the case and that he will use it for his real motive.

Meanwhile, Purvi and Sakshi reach the haveli and rebuke Prakashi and Anjali for trying to bribe Arjun and tells the servants to kick them out.

However, Prakashi makes Anjali trip from the stairs and she falls unconscious after which the doctor checks her and says that she will need bed rest for 1 month.