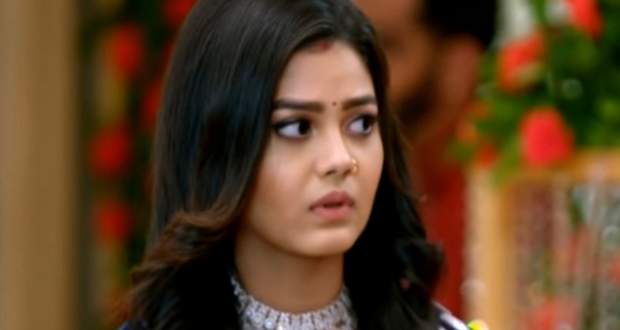 Today's Molkki 9 August 2021 episode starts with Veer telling Purvi that she ruined his life while she tries to reveal the truth to everyone.

Virendra shouts at Purvi and rebukes her saying that he will never forgive her for what she has done.

Veer announces that he will never accept Sudha as his wife and leaves while Prakashi and others start rebuking Purvi.

Anjali instigates Nandini against Purvi while Veer goes to Priyashi and tells her everything.

Priyashi goes to Purvi and rebukes her saying she's greedy while announcing that she is leaving the haveli.

Virendra rebukes Purvi and tells her that she can never be the mother of his children and will always be a stepmother which breaks her heart.

She leaves and roams the haveli when she overhears Aarav talking to Charansingh on call and finds out their real intentions.

Later, she goes to Sudha who apologizes to Veer and tells him that she will leave the haveli as Veer doesn't accept her.

However, Virendra stops jer from leaving saying that she is the daughter-in-law of the haveli now.

Purvi reveals Aarav's truth to Virendra but Nandini overhears them and starts rebuking Purvi while Prakashi and Anjali support Nandini.