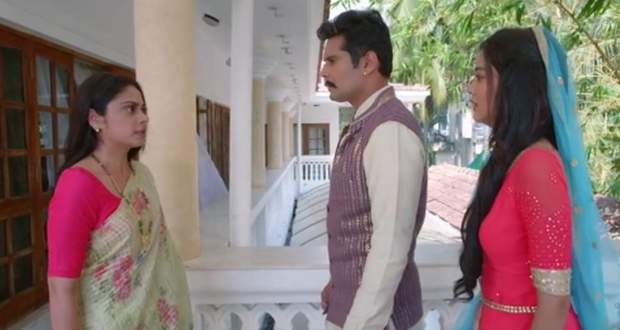 Today's Molkki 9 June 2021 episode starts with Virendra telling Purvi that her sacrifice will go in vain as he can never remove her from his heart but agrees nonetheless.

He asks for a last hug and they hug while Sakshi comes there and calls her two-faced saying that she doesn't want her pity.

However, Purvi says that she isn't pitying her and is doing it because she can't stand to see others in pain because of her.

Later, Purvi puts the kids to sleep while Sakshi asks Virendra what he will do after Purvi leaves as he loves her a lot.

He tells her to not blame herself and that he will live somehow.

Further, He says that it is no one's fault and that fate is playing games with them.

Virendra tells her that he wonders what will happen to Purvi after she leaves making Sakshi think too.

The next morning, Virendra gives the divorce papers to Purvi while she tells him that they will stay apart from each other the remaining time they are together.

Later, she is in the garden while Sakshi comes there and tells her that she cannot express how grateful she is for her kindness while apologising to her.