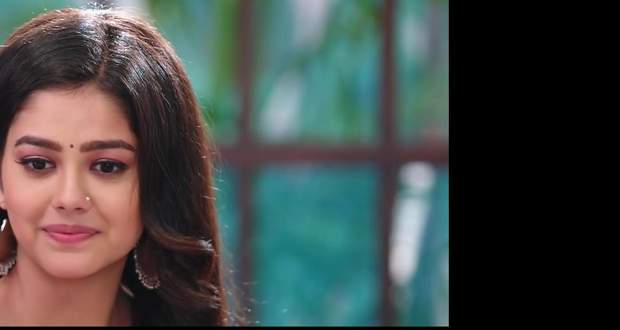 Today's Molkki 9 September 2021 episode starts with Virendra telling the servant to move everything related to Purvi into the basement while Daksh, Purvi, and the family are on their way to Rewari.

Virendra holds a meeting and informs the whole village to not make Purvi remember her past as it can damage her health.

Later, Prakashi and Anjali form a plan to torture Purvi while she enters the Haveli with Daksh and others.

Sudha does their aarti and welcomes them while Purvi gets flashes of her past.

Prakashi tells Bhuri to do her work and sends her to Purvi's room.

Purvi goes to the washroom while Bhuri unpacks her luggage but keeps her toiletry bag in the suitcase and keeps it in the basement.

She lies that she forgot it and takes her to the basement where Purvi takes the bag while Bhuri uncovers the portrait of Purvi in front of her.

Purvi gets shocked seeing the portrait and sees flashes of her marriage with Virendra.