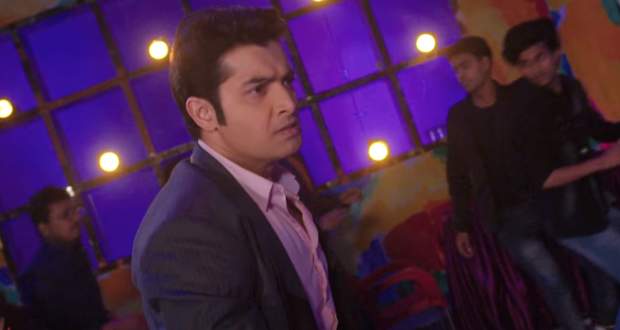 Muskaan Written Update 21st December 2019: Ronak gets in a fight

Today's Muskaan 21 Dec episode starts with Ronak meeting Muskaan and hugging her. The security tries to separate the two while Roshni wishes to go to Kohinoor bar.

Ronak gets angry and gets in a fight with security guards. Ronak wants the answers to his questions while Muskaan asks him to leave.

Ronak decides to take Muskaan along with her and takes her out of the bar. At the same time, Babuji arrives and Ronak gets shocked to see him.

Babuji asks him to leave Muskaan’s hand and later he is trapped by security guards. Babuji takes her inside the bar but is again interrupted by Ronak.

Ronak is beaten by the security guards and thrown on the streets. Muskaan is also locked in a room. Roshni finds Ronak on the street unconscious and wakes him up.

Roshni decides to get Ronak inside the bar through the back gate. She learns that the star dancer is in the upstairs room and thinks it is Ronak’s wife.

Roshni helps Ronak get into the room through the window. She later learns that her Railgaadi is the wife of Ronak. Roshni calls Nisha and asks for Khushi.

Nisha deduces that she is being called by Khushi’s sister Roshni.

Upcoming Muskan episode update: Ronak wants to take Muskaan home while she wants him to think of Nisha.

© Copyright tellybest.com, 2020, 2021. All Rights Reserved. Unauthorized use and/or duplication of any material from tellybest.com without written permission is strictly prohibited.
Cached Saved on: Monday 6th of December 2021 06:06:58 PM