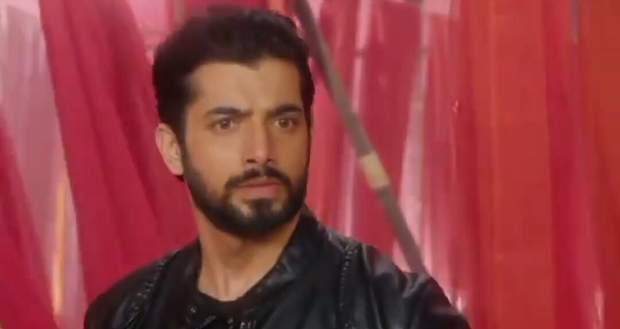 Today's Naagin 5 14 November 2020 episode starts with Bani trying to help the unknown woman in the basement. She releases that woman and then hears the Cheels shouting about Monil’s death.

Bani leaves from there and gets shocked to learn that Monil is dead. Daksh shouts at Bani for killing Monil.

Veer takes a stand for Bani that she hasn’t killed Monil. Bani tells everyone that she planned to kill Monil because he and Ponky confessed their crime of Noor’s murder.

Balwant shouts at her in anger and says that he will give punishment to Bani by killing her. Veer tells Balwant that Jai might have killed Monil.

Bani reveals that Balwant has captivated a lady in the basement. She sees the lady running towards the gate and follows her along with Veer.

Bani shows the face of that lady to Veer and this makes Veer to get emotional. He informs Bani that the lady is his mother.

Veer holds his mother’s hand and questions her about the reason she left him. They both get emotional and hug each other out of happiness.

Tapish gets emotional on meeting his mother, while Veer’s mother gets scared on seeing Balwant in front of her.

Veer and Tapish try to calm her down and she tells everyone that Balwant will kill her. (tellybest wu) Bani calms her down and promises her that she will not let anyone harm her.

Veer asks Jai to vacate his room so that his mother can live there. Later, Veer warns Balwant to stay away from the women of their family.

Balwant gets angry with Veer for getting lost in Bani’s love. Meanwhile, Bani makes Veer’s mother comfortable in the room.

Veer arrives there and shows his childhood things to his mother. Bani smiles on witnessing Veer’s completely different nature towards his mother.

Jai gets angry with Bani for changing her attitude towards Veer. Bani tells him that she doesn’t have any reason to punish Veer.

Balwant halts Bani’s way and warns her that she has not done the right thing. Further, Bani meets the lady priest and tells her that she feels everything is changed in Kalyug.

The Lady priest asks Bani to stay alert and to only believe the right ones. Veer feels grateful to Bani for bringing back his mother to his life.

He holds Bani’s hand and tells Bani that she is free to go anywhere. Balwant scolds Bani for playing games with his family.

Bani refuses to leave the Singhaniya mansion and Veer smiles on listening to her decision.

© Copyright tellybest.com, 2020, 2021. All Rights Reserved. Unauthorized use and/or duplication of any material from tellybest.com without written permission is strictly prohibited.
Cached Saved on: Sunday 9th of May 2021 10:58:35 PM