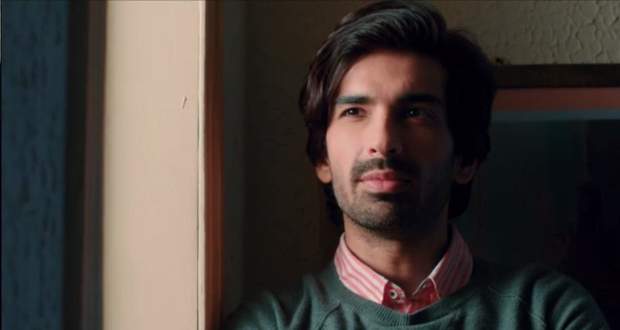 Today's Naagin 5 15 November 2020 episode starts with Bani inviting her family ladies to the Singhaniya mansion. Balwant gets angry with Bani and shouts at her for calling her family at his house.

Daksh and Ponky flirt with Bani’s sisters, while Bani thanks Veer for supporting her.

Bani informs Jai that there is one culprit in the Singhania family and her family will help her in this. Later, Jai meets Markaat and asks her to help him.

The wife of the priest informs Sapera that Bani has to face a lot of new enemies. Elsewhere, Jai witnesses Markaat’s real form and gets surprised to see a Cheel and snake in one body.

Veer brings medicines for his mother but doesn’t find her in her room. He rushes to search for her everywhere in the house.

Markaat asks Jai to separate Bani from Veer. Jai addresses Markaat as his mother and gets happy as his mother fooled Cheels by proving herself Markaat.

Veer finds his mother in the garden and gets emotional on seeing her scared. He offers chocolate to her and treats her like a kid.

Bani smiles on seeing Veer and his mother’s love for each other. Later, Daksh and Ponky take Bani’s sisters out late at night and Tapish tries to stop them.

The next morning, Bani offers breakfast to everyone and feels a very strong negative power around her. (tellybest wu) She gets disturbed by that power and starts getting burning sensation on her skin.

Jai talks to that powerful lady in person and asks her to not to change her plan. Further, Veer follows Bani to the room and gets shocked to see her burnt skin.

Veer requests Bani to let him take care of her as a husband. Bani feels better after Veer takes care of her and feels grateful to him for helping her.

Later, Veer goes to his mother’s room to call his mother for the party while Bani feels a negative power around her again.

Veer and Bani get shocked to see Veer’s mother lying on the floor. She tells Bani and Veer that a lady with long black nails will kill her.

Further, Veer waits for Ponky to bring his mother to the party. Veer then orders Ponky to take care of his mother and to not to take away his eyes from her.

Upcoming Naagin 5 episode update: Bani to be attacked by Markaat.