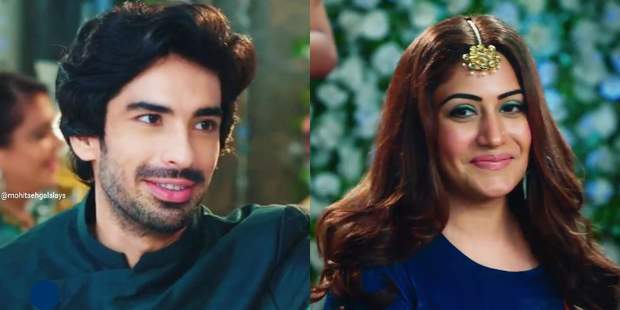 Today's Naagin 5 23 January 2021 episode starts with Farishta telling Bani that there is someone who twisted the nature to create Ghor Mrutya Kaal for her while she asks him who.

He tells that he can only give her blessing and says that her and Veer's pair will be one of a kind and indestructible and leaves.

Meanwhile, Ponky distracts Sampere Baba while Jai hits him in the head sue to which he falls unconscious.

Jai takes him to an abandoned jungle and reveals his true colours retelling how he killed Panditain and her husband.

He tries to kill the Sampere Baba but he manages to free himself and play his special flute due to which Jai and Bani start acting weird and their skin starts turning into the snake form.

Bani manages to hide her face from Veer and leaves while Jai breaks the flute and kills Sampere Baba.

Bani tells Meer about the incidents and says that she must protect him and stay close to him.

Meera informs her that he is going for a bike race and Bani forms a plan.

Next day, Veer is taunting everyone to race him while someone on a bike comes there and accepts his challenge.

Veer wins the challenge and everyone cheers for him while he goes towards the other challenger.

He gets shocked to see Bani but she introduces herself a Rani who is the daughter of the owner of Taneja industries.

She leaves while Veer goes to his house to search for Bani.

Tapish and Meera manage to handle the situation by distracting Veer until Bani reaches home.

Later, Jai throws some type of liquid on her but she suddenly gets into her snake form and teleports herself which shocks Jai.

Veer goes to the Taneja industries to look for Rani where Bani again manages to reach there on time.

Elsewhere, Jai convinces a priest to do some black magic and he gives him a rock will give him the power to transform himself into anyone while the priest informs him that no one will know that it's him.