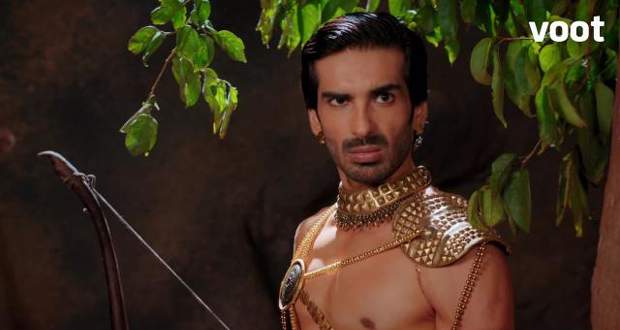 Today's Naagin 5 30 January 2021 episode starts with Jai getting in a snake form and following Veer's car.

Veer pesters Bani while sis keeps looking out the window.

Veer gets her in a headlock and asks her why Meera sent them together in a single car.

She notices the snake coming after their car and hugs Veer telling her that she will stay that the whole time but will not answer him.

Daksh and Ponky get tensed seeing them in that position.

Bani sees the Bale tree and breaks it which creates a shield around the house.

She goes inside while Jai comes there and tries to get inside but is stopped by the shield.

Later, Jai tells the Icchadhari Naags that their Aadi Naagin is trapped by the heel and that they have to help him rescue.

The snakes die as soon as they come in contact with the Bale tree while Jai goes over their dead body and gets inside the farmhouse.

Veer and Rani dance while he tells her that he would like her to meet Bani and goes to bring Bani.

Bani gets into her original form and goes to the kitchen and washes the dishes while Veer comes there and tells her to come with him.

He asks her how she smells like Rani's perfume while dragging her outside.

Meera makes an excuse that Rani is sleeping in her room and Veer drags Bani there as Jai enters their farmhouse.

Veer removes the duvets and sees only pillows there.

He tells Bani that he knows she's behind all this while Rani comes there which shocks all of them including Bani.

Rani subtly insults Bani who thinks that Rani is danger and takes away Veer saying that she wants to go on a long drive.

Later, Bani looks for Veer but breaks down at not being able to find him while Rani takes Veer to a secluded house where he falls into the ground.