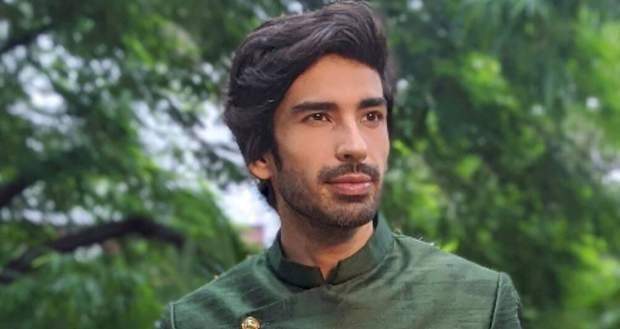 Today's Naagin 5 9 January 2021 episode starts with Veer feeling sad seeing Maarkat's body while Bani says that she is your mother.

However, Veer says that his mother was Chandrakala and that he does not know Maarkat.

Bani sees doctors coming to treat Jai while Veer tells her that he owes Jai a favour for killing her enemy.

Tapish informs them that he is hosting a party for Veer and Veer challenges Bani that he will kiss her at the party.

Elsewhere, the priestess sees that Saturn has changed and says that it indicates that Aadi Naagin is in danger.

Veer sees Jai going away and goes after him.

He threatens him to not even think about doing anything bad to Bani or his family and goes.

Jai looks into the water and a flashback is seen where he goes to a cave where Markaat is seen alive standing on a platform.

He says that he has an easy way to kill Bani and brings out a trident.

He goes towards Markaat but she tells him to step back when he crosses a white line and gets shocked.

Jai says that he will kill Bani with this trident on the day of the full moon.

She comes out of the protection line and Jai stabs her with the trident saying that he will gain her powers and then Bani's after killing her making him the strongest among all the Naag-Naagins.

A man enters the house and everyone starts doing as he says.

Veer goes to him and the man hypnotises him and tells him to make everyone dance.

The priestess comes to the party and looks for Bani.

Bani calls the priest and tells him that there is a man who has hypnotised everyone including Cheel's and he informs her that he might be of another era.

The priestess is about to go towards Bani but Jai drags her away and makes her look into the water.

He tells her that he has kept alive Markaat's powers in him.

Elsewhere, the man meets Bani and tells her that he has come from afar place to remind her why she was reborn.