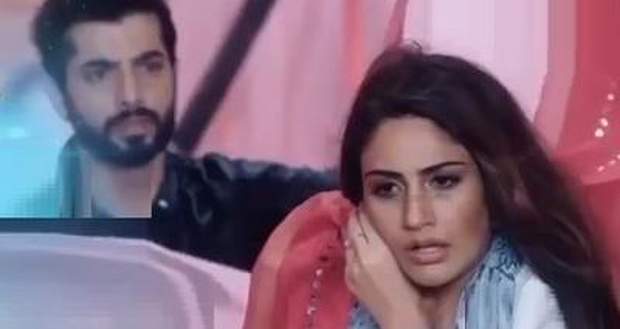 Today's Nagin 5 23 Aug episode starts with Jai looking for his phone and couldn’t find it anywhere. He makes a call to Bani through his landline and asks her if she reached home or not.

Bani tells him that they talked half an hour before, but Jai gets shocked as they didn’t have any conversation that day.

Elsewhere, Singhaniya sons tell Balwant about the incident that happened the previous night. Balwant gets angry with them and asks them to hide his human trafficking business from Veer.

Bani goes to the police station to file a complaint against Veer and his brother. She shows a video of Veer burying Noor’s body as a piece of evidence against Veer.

The police inspector deletes that video from Bani’s phone and Bani gets shocked to see the police officers supporting Singhanias.

Bani meets Veer outside the police station and informs him that she knows the truth that he killed her friend Noor. Veer starts flirting with Bani, whereas Bani pushes him away and leaves from there.

Veer makes a call to his brothers and questions them about the truth behind Noor’s death. He warns his brothers that if they had killed Noor then he is not going to spare them.

Bani gets a call from Jai, while Jai informs her about the address he got of the couple who was the eye witness of Noor’s death. Jai sends the girl’s address to Bani and asks her to be careful.

Balwant orders his men to kill Bani and to end her matter. His men turn into Cheel and keep an eye on Bani, while Bani tries to get a bus to reach at the address given by Jai.

Veer arrives there on his bike and stops Bani from getting into the auto. He offers a lift to Bani and asks her to trust him, but Bani prefers to go in the auto. (tellybest.com original written update) Veer sees his fellow Cheels following Bani so he left from there to save her from them. Bani gets out of the auto in the midway and starts hiding from Veer.

Veer tries to find her in the Dhobi Ghaat and tries to help Bani when her earring got stuck in a Dupatta.

Bani gets a call from Jai, and he informs her that he went to the guy’s place but couldn’t find anywhere there. Jai asks Bani to send her location to him so that he could guide her in getting out of that place safely.

Later, Veer’s father Balwant slaps him for roaming outside during the daytime. Meanwhile, Bani goes to the girl Naina’s place and sees her boyfriend unconscious there.

She witnesses Naina turning into a Naagin, whereas Cheels come there and takes Naina away. Bani leaves from there to save Naina from the attack of Cheels.

Cheels turns into their human form and tries to hurt Naina. The Cheels get shocked to see Bani turning into a Naagin.

Upcoming Nagin 5 episode update: The rivalry between Cheel and Naag-Naagin.