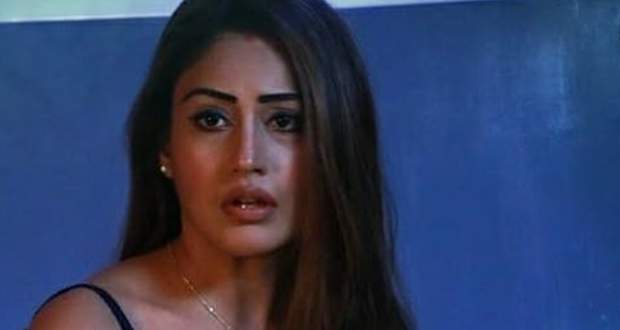 Today's Naagin 5 24 October 2020 episode starts with Shukla requesting Bani to let him go. Bani leaves from there while Shukla and Mayuri fear getting caught.

Bani uses Gandhak Pathar to reach its owner. She loses the stone and later gets trapped in a pit. Shakura comes there and creates a magical web all over the pit.

Bani tries to escape while Jai is upset with Shakura for not killing Bani. Shakura is attracted to Bani and is sure she won’t be able to escape.

However, Bani escapes with the help of Gandhak Pathar. Bani reaches there and confirms that Shakura is a disguised person.

Jai disguises as Veer to fool Bani while Bani can’t see the ring in Veer’s hand. She knows he is also disguised and leaves from there.

Bani tells Jai that Veer is not the mastermind while Jai gets mad at her for caring too much for Veer. Bani is ready to fight alone and gets upset with Jai.

Jai tells Shakura about Bani knowing the truth and asks him to get Bani to him by morning. Bani witnesses their conversation and rushes to learn the truth.

Bani takes Aakesh’s form and stops Jai but Shakura comes there and saves Jai. Bani is unable to catch Jai and fails to learn the truth.

Meera consoles Bani and wants her to realize she is surrounded by many enemies. Meera wants to know how she knew the mastermind was not Veer.

Jai learns Bani and Shakura are missing and get upset. Later, Bani wakes up in a strange place dressed as a bride.

He finds Shakura who reveals his real identity. Meanwhile, Mayuri and Shukla try to find Bani and threaten Meera. Meera uses the stone to search for Bani and save her.

Bani learns that her powers are stolen by Shakura. Bani tries to escape but learns that they are around the clouds.

© Copyright tellybest.com, 2018, 2019, 2020. All Rights Reserved. Unauthorized use and/or duplication of this material without written permission from tellybest.com is strictly prohibited.
Cached Saved on: Tuesday 1st of December 2020 01:44:46 PM