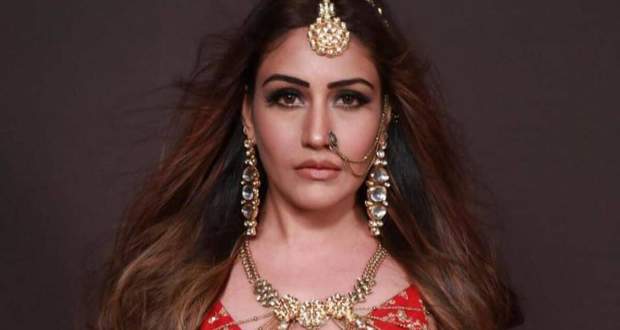 Today's Nagin 5 29 Aug episode starts with Veer’s friend threatening to kill a Naagin. Naagin stands in front of them and reveals her true self. She takes the form of Noor who was killed by them and buried in the mud.

At the same time, Bani comes in front of them and the boys get shocked to see her. Bani threatens to kill them as they killed her dear friend, Noor.

The two Cheels and Bani get in a fight while later Bani kills one of them. One of them calls his friend and asks for help. Bani kills him as well while the other Naagin thanks her.

Veer and Balwant also learn about the Naagin and they plan to go near the old mountain. Meanwhile, Bani takes her human form and meets Jay. He asks about Naina while Bani hides the truth.

Jay and Bani hold hands and Jay remembers the memories of his past life as Hriday. Later, Balwant and Veer reach the old mountain area and find two dead Cheels. Veer finds out that a Naagin has killed them both.

Jay is confused about his memories while Bani wonders when she will realize the meaning of being an Icchadhari Naagin. At home, Chachi finds Bani with Jay and asks him to come inside.

Jay gives a job to Bani and leaves. Elsewhere, Veer is still in love with Bani but assures his father that he will kill her. Meanwhile, Bani tells her sister that she changed her avatar and killed Cheels. She also shares that she feels a connection with Jay.

At the same time, they feel someone’s presence outside and find out that it is Jay. Bani’s sister locks them in a room so that they can talk. They feel some connection with each other and Jay shares his visions.

Meera’s mother comes and she hides Bani and Jay in the closet. Jay learns that Bani is an adopted child and does all household work. Meera asks Bani and Jay to go outside their society and talk. At the same time, Veer also comes to give back Bani’s earrings.

Cheel Veer sits on their car while Bani and Jay go to the Gufa. Jay and Bani reach the Gufa area while Jay can remember the place from his memories. Bani lies about her incident with Cheels from Jay.

Upcoming Naagin 5 episode update: Bani decides to kill Veer while Veer is sure Bani is not the Naagin.