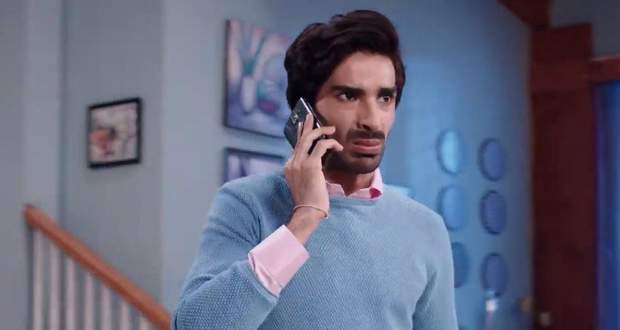 Today's Naagin 5 4 Oct 2020 episode starts with Veer planting some magical bombs to create illusions for the Naagin. Bani sees a Cheel and a peacock in the illusion and takes her Naagin avatar.

Shukla is scared that Veer should not know about Bani, while Mayuri gets up and bumps into Veer.

Bani tries to make herself understand that it is just an illusion and chants Om Namah Shivay to control her anger.

Veer gets surprised to see that Bani is not a Naagin and wonders about the real Naagin. The bomb again blasts when Jai comes near to the Rudraksh kept by Veer.

Jai takes his Naag avatar to escape while Veer comes in his Cheel avatar and follows the Naag. Meanwhile, Bani goes to the cave and chants something in front of Cheel’s god to get Teer’s body out of the box.

Jai kills a man on his way and takes his bike to run away. Further, Veer arrives there and uses his special powers to see the Naag’s picture in the dead man’s eyes.

Veer gets shocked to know that Jai Mathur is the Naag, while Bani gets Teer’s jacket and finds out that he was killed by stabbing a knife in his back.

She finds out that someone from Cheel’s family has killed Teer. (tellybest.com wu) Jai comes back to Mayuri’s house and Mayuri gets angry with him for being at the Singhaniya mansion.

They both get into a fight and attack each other with their powers. Jai holds Mayuri in his tail and asks her to call him boss.

Jai catches Shukla in the house and reveals to him that he is his boss. He orders Mayuri and Shukla to keep an eye on Veer to find if he knows about his Naag identity.

Later, Veer calls everyone to get together in the hall and informs them that Jai Mathur is alive. He reveals to them that Jai is Icchadhari Naag and he was playing with Bani’s feelings.

Bani tries to make a call to Jai to inform him that Cheels know about his identity. Veer arrives there in the room and warns Bani to not to take Jai’s name in his house.

Shukla gives his phone to Mayuri and she drops a message to Jai that Cheels knows about his identity. Elsewhere, Veer asks Bani to cooperate with him and not to use Jai’s name to make him angry.

He breaks Bani’s phone so that she couldn’t contact Jai and then locks her in the room.

Upcoming Naagin 5 episode update: Veer and the other Cheels attempt to kill Jai.