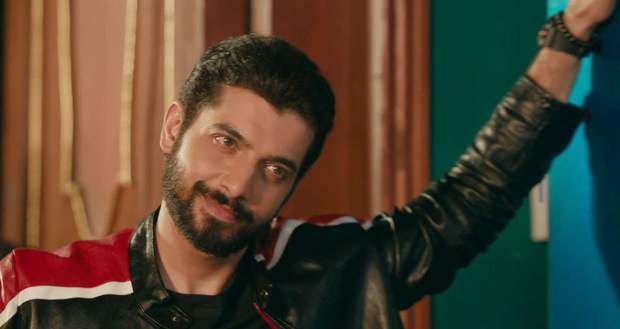 Today's Nagin 5 5 Sep episode starts with Veer complimenting Bani and calls her magic. Bani asks her about his intentions while Veer is doing everything for fun.

Jai is forced to drink by Veer’s friends but Jai holds his hand strongly. Daksh can sense a Naagin and informs Balwant. He points at Bani while Balwant orders to kidnap her.

Balwant doesn’t want Veer to know about his plan while Veer feels a strong connection with Bani. The lights go off and the Cheels kidnap Naina instead of Bani.

Balwant also kidnaps some other girls as part of his human trafficking business while Jai and Bani learn Naina is missing. Bani leaves the restaurant to search for Naina while Jai takes care of the electricity.

Balwant and others try to hide their trafficking business while Veer gets suspicious. He believes Tapish and doesn’t check the truck while Balwant is relieved.

Bani scares the driver and stops the truck before it falls off the cliff. Meanwhile, Jai tells Veer that Bani is following their family tempo. Later, they save all the girls but the bomb blasts before Naina gets off the tempo.

Veer catches Bani and saves her. Veer brings Bani to his house and feels a connection with her. Elsewhere, Jai tries to find Bani near the accident site.

She asks Jai to stop the car and vents out her anger. Jai comes running to find Bani around broken trees. Bani reaches her home and finds Veer there. She learns that Veer is there with a marriage proposal.

Bani insults Veer while Chachi wants her to get married. Veer reveals that he has come with a marriage proposal for Meera. Bani gets shocked when Meera says she is ready for the wedding.

© Copyright tellybest.com, 2020, 2021. All Rights Reserved. Unauthorized use and/or duplication of any material from tellybest.com without written permission is strictly prohibited.
Cached Saved on: Saturday 23rd of January 2021 06:30:19 AM