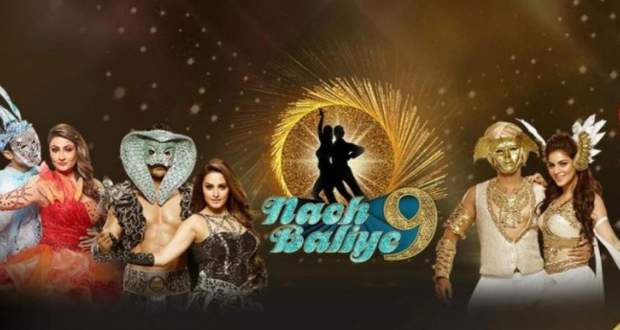 The revelation of Jodis began and the first Jodi is Shraddha Arya and Alam Makkar. They are welcomed with applause and Salman chats with them for a while.

Next, Akshat Singh arrives at the stage and performs on Baaki Sab First Class Hai and calls the next Jodi as his favourite.

Manish Paul introduces the second Jodi as the popular women wrestler Babita Phogat and her partner Vivek Suhaag. They chat about her achievements and Manish Paul wishes to announce the next Jodi.

He gets an envelope and the next Jodi is supposed to be revealed by Puneet and Shakti, who are the next performers.

Puneet and Shakti give a mesmerizing performance on the Kalank’s title track, post that introducing the next Jodi as Urvashi Dholakia and Anuj Sachdeva.

Salaman discusses her on and off-screen achievements for a while and moves on to the next Jodi.

The next performance is by the Desi Videsi Jodi, Rahul Mahajan, and Shrenu, who dance on Second Hand Jawani song.

They introduce the next Jodi as Vindu Dara Singh and Dina Singh.

Manish says the next Jodi will be revealed by choreographer Aishwarya and dashing Zain Iman. They both give a stunning performance on the song Slowly Slowly and introduce the next Nach Jodi.

© Copyright tellybest.com, 2018 & 2019. All Rights Reserved. Unauthorized use and/or duplication of this material without written permission from tellybest.com is strictly prohibited.
Cached Saved on: Tuesday 31st of March 2020 06:50:07 PMCached Disp on: Wednesday 1st of April 2020 03:36:20 AM