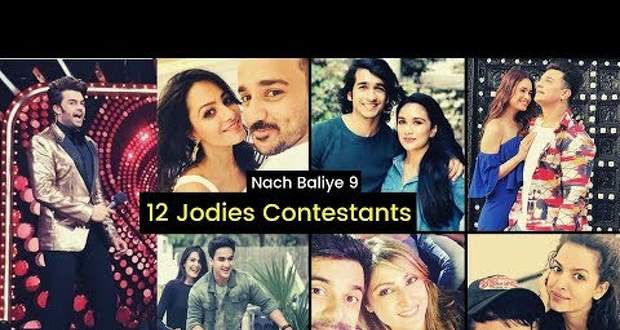 Next performance was given by Divyanka Tripathi and Vivek Dahiya who danced for the popular song 'Yeh Dil Hai Mushkil'.

The Nach Baliye season 9 Jodi introduction continues with Vishal Aditya Singh and Madhurima Tuli who talked a lot about their relationship and break up experiences.

The next NB 9 Jodi was introduced by Karan Patel who performed on 'Laila Mai Laila' song.

Next Nach Baliye season 9 Jodi was Ali Gony and Natasha Stankovic who shared how their friendship became a true love.

NB9 continues with next Jodi Sanam Johar and Abigail Pandey who danced for the song 'Ek Ladki Ko Dekha To Aisa Laga'.

The final Nach Baliye Jodi to be introduced was Shantanu Maheshwari and Nityaami Shirke.