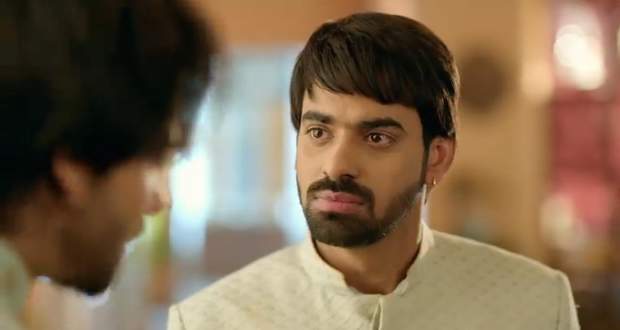 Today's Namak Ishq Ka 11 January 2021 episode starts with Yug telling Ronak that he needs to talk to him and follows him.

Ronak tells him that that he will marry Kahani at any cost while Mausi calls Ronak and he says that he will come there tomorrow for the wedding.

Yug asks him about Roopa and he responds that she is just a rough paper that he practised on.

Yug recalls to him how their father also left their mother for a dancer but Ronak bad mouths their mother which angers him and he slaps him.

At the same time, Saroj comes there and slaps Yug for hitting Ronak.

Elsewhere, Kahani leaches her home where the police constable tells her to back off from the kids.

Ronak comes there and tells her to marry him if she wants to save her brother.

The constable takes Lucky away in a jeep while Rani goes after him and injures herself.

Kahani agrees to marry Ronak and begs him to save Lucky.

Meanwhile, Roopa comes to Yug and asks him why he didn't eat while hinting towards Kahani.

Yug says that there is nothing between him and Kahani.

Elsewhere, Kahani remembers Ronak touching her and furiously rubs her body to get rid of his touch.

Yug gets angry remembering Kahani hugging Ronak and shatters the mirror by punching him.

Next day, Saroj confronts Ronak asking why Yug slapped him and he responds that Yug has lost his manners.

Later, Ravikant remembers making a promise to Nishikant that Kahani and Yug will marry each other when they get older.

Irawati comes there and mocks him saying that he might be remembering his promise to Nishikant.

She says that she had heard them and says that it is upsetting that his daughter and first wife died revealing that she was the one who killed them.