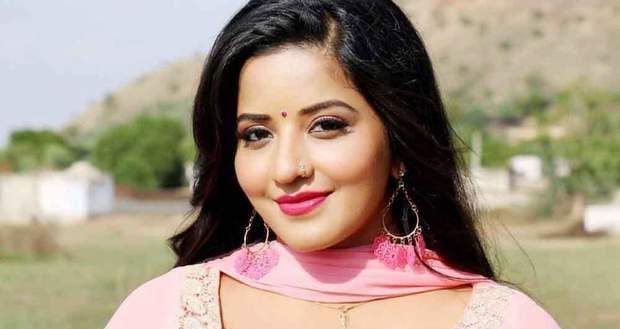 Today's Namak Ishq Ka 15 December 2020 episode starts with Chamcham telling Ravikant to not to cry and introducing herself to him.

Irawati and doctor enter the room and Ravikant smiles at Chamcham which confuses Irawati.

Sweety tells Yug that her Mangalsutra broke and feels bad a while he consoles her that he will never let her marriage with Sattu to break.

Sattu sees Chamcham leaving their house and feels happy that she came right into his hands.

Chamcham gets surrounded by goons but Sattu comes there and tries to save her.

However, he gets hurt himself and Chamcham saves him. Chamcham puts ointment on his wound and they converse with each other while Yug sees Sattu.

Sattu tells Chamcham that he is a producer and wants her to be in his new film and gets her number.

Yug goes to where they were seared but can't find him after which he calls Sattu who lies that he is somewhere else.

Ravikant goes to the closet and gets the pictures which are evidence of Irawati causing the accident.

Downstairs, the family questions Sattu about his wound while Ravikant slides the pictures to them.

Irawati gets scared went Yug goes to pick them up and she snatches the pictures from Yug.

She lies to everyone that the pictures are of Ravikant's other family and saves her secret from being revealed.

© Copyright tellybest.com, 2020, 2021. All Rights Reserved. Unauthorized use and/or duplication of any material from tellybest.com without written permission is strictly prohibited.
Cached Saved on: Saturday 23rd of January 2021 03:28:08 AM