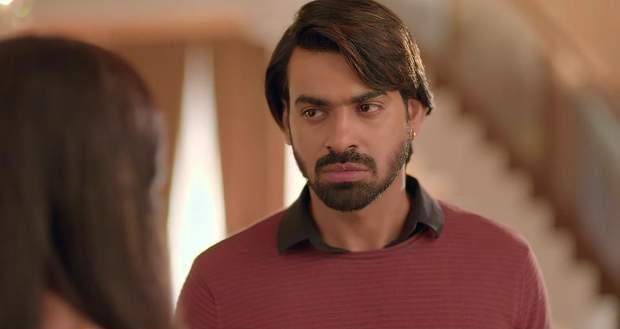 They arrest her with the charges of Drug smuggling while Ronal hides from the police and thinks of saving her later.

Kahani is taken by police while she sees Yug and realises that Yug framed her.

Later, Ronal enters his house while Yug throws rose petals on him and welcome him.

Ronak and Roopa write their names on each other and the ceremony starts while the police come there and say that Yug is arrested for the smuggling of drugs.

Saroj asks if there they have any proof while they say that they have a witness.

Kahani comes there and says that she is the witness and framed her for it.

Irawati slaps her and insults her while Yug asks her what would be the reason for him to frame her.

Kahani fails to give a reason while Yug tells the police that their accusations are baseless.

A guest comes forward while the police address him as sir and he tells them to the Kahani to the police to proceed with her case.

Later, Gunjan cries while Roopa comes there and tries to console her.

Gunjan asks her if something is going on between Yug and Kahani while she assures her that Yug loves only her.

Yug sees that C is written on his hand and he aggressively washes it off while Roopa comes there amd asks him if something is going on between him and Kahani.

He denies having anything with Kahani.