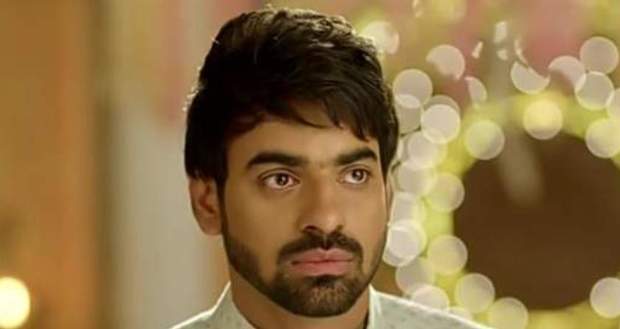 Today's Namak Ishq Ka 18 January 2021 episode starts with Ronit telling Yug that he will win the battle with him and will marry Kahani in the end.

Yug tells him to reveal the truth to the family if he loves Kahani so much and answers himself that he won't because he is scare of facing others.

Ronit asks him why isn't he revealing the truth to anyone while Yug responses that he is helpless because of his sister-in-law and family.

Ronal tells him that he will get Kahani out in less than 24 hours.

Later, someone dressed like Ronak comes in front of the jeep and kidnaps her.

Kahani thinks that it is Ronak but gets shocked seeing Yug when he removes the monkey cap.

Yug tells her that now she is run away criminal and that no one can save her.

He tells her that she just has to say once that she will leave Ronak and Roopa and as a result, he will save her from everything.

However, Kahani remembers Ronak's threat and tells him that she will marry Ronak anyhow.

Hearing the answer, Yug tells her that he does not care if the police see her and lets go of her hand.

Yug states that now her life will be filled with running all her life due to fear.

Elsewhere, Rani looks for food but satisfies herself with water after not being able to find anything to eat.

Kahani comes there and tells her that they have to run away from there while the police knock on her door.

Kahani remembers Ronak exiting from her house through the window and exits from there.

Later, Kahani and Rani are roaming the streets while Rani suddenly falls and tells Kahani that she hasn't eaten since two days.

She makes Rani sit on a bench and requests the fast-food worker to give her a Vada Pav in exchange for her silver anklet.

Rani is about to eat it while Kahani throws it away and hugs her.

© Copyright tellybest.com, 2020, 2021. All Rights Reserved. Unauthorized use and/or duplication of any material from tellybest.com without written permission is strictly prohibited.
Cached Saved on: Tuesday 20th of April 2021 07:05:03 PM