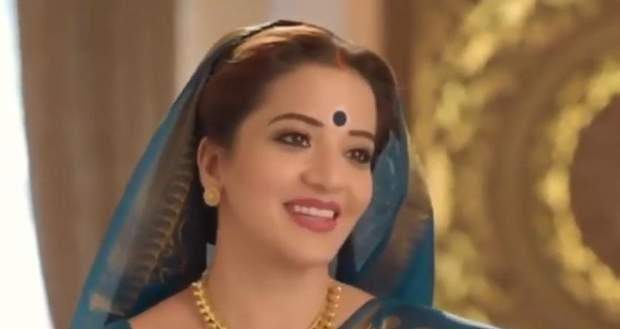 He goes towards them but gets stuck in the crowd and loses them.

Elsewhere, Gunjan hides in the ladies washroom while Irawati waits near the men's washroom to catch the culprit.

After reaching home, Ronit shows Kahani their wedding card and later tells her that she doesn't need to work after the marriage.

However, Kahani says that she will keep working after marriage and that it shouldn't be a problem for him.

Gunjan exits from the washroom and asks Irawati what she doing there.

They both return home while Gunjan thinks that she will punish her mother for putting her father in the condition he is currently in.

Later, Yug stands at the front door while Roopa washes Ronit's feet and does his Pooja.

She notices the ring in his finger and asks him about it while he lies that it is a gift from one of the client's.

Elsewhere, Lucky and Rani overhear Kahani taking on the phone and tells her to not marry Ronit if she doesn't like him.

Irawati comes home after shopping with others and goes inside the house first and gets shocked to see the pictures of her pushing Ravikant's car are scattered all over the house.

She locks the door before anyone can enter the house and hides all the pictures.

Later, Gunjan scatters the pictures on a table and lights fire to it as a warning for Irawati after which she hides while Irawati enters the room.

Irawati gets frightened to see the picture burning and covers it with a cloth while Roopa and others come there and put out the fire.