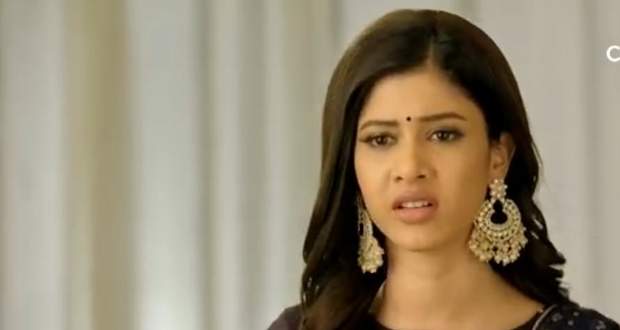 Kahani isn't able to reach the bell when Yug comes there and gets on his knee to help her.

Elsewhere, Mausi tells Ronit that he really loves Kahani while he agrees and thinks that he will make her his anyhow.

Yug thinks what to do about his suspicion against Ronit while Kahani thinks that she will reject the proposal.

Meanwhile, Thakur's servant comes to his room and gets frightened to see Irawati there.

Yug is informed that there is no girl in the jewellery shop and that Ronit bought not one but two necklaces of the same design.

Irawati asks the servant who sent him for her daughter while he says that he just got a call and her daughter's picture.

She slices his wrist and tells him to call the number again.

Meanwhile, Kahani gets frantic to see Lucky withering in pain.

The servant calls the number and demands for money while it is revealed to the viewers that the receiver of the call is Gunjan.

Gunjan thinks that she didn't want to hurt anyone but she needs to punish Irawati for her sins.

Kahani calls Ronit and accepts his proposal which makes him happy.

Yug asks him the reason for happiness but he is while Yug thinks of following him.

Gunjan gives the money to the servant in a disguise and goes while Irawati follows her.

She sees Irawati following her and hides.

Yug follows Ronit while he is at the temple exchanging rings with Kahani.

Kahani hesitates but slips the ring on Ronit's finger while Yug sees them.