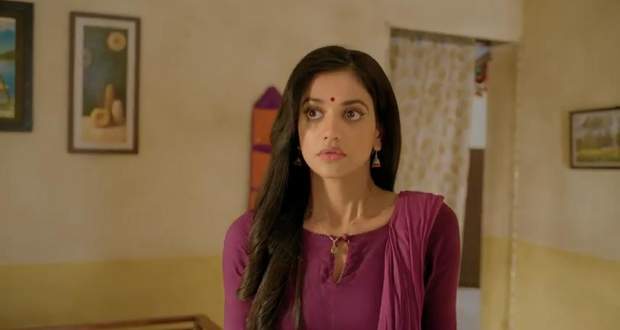 Today's Namak Ishq Ka 7 January 2021 episode starts with Kahani entering the trunk of Yug's car with Lucky and Rani while thinking that she has to meet Yug.

Yug stops somewhere to wash his face while Kahani and the kids exit from the car.

Kahani sees Yug as he is getting into the car and runs after the car to catch him but fails.

Later, she reaches home while suddenly the goons come there and start banging her door.

The goons break her door and start searching for her while she and the kids hide behind the curtains.

One of the goon tells Ronak that he can find many girls like her after which Ronak starts beating him with a shoe while Kahani thinks that only Yug can save her from him.

Yug comes home and gets confused seeing Ronak who taunts him saying that a brother should celebrate other brothers happiness, not ruin it.

Yug confronts him while Kahani decided to sneak into his house.

She sees the goons dressed as workers and plans to go inside with other dancers.

She successfully sneaks inside without being noticed by Ronak and his goons.

Elsewhere, Gunjan plans to steal Irawati's phone so that she can get her confession.

Ronak talks to Kahani without knowing that it's her while he tells her to show his face.

At the same time, Roopa comes there and takes to the dressing room when Kahani reveals herself.

Kahani decides to tell her but stops revealing why Yug hadn't revealed everything to her.

Yug and Ronak both get shocked to see her there.