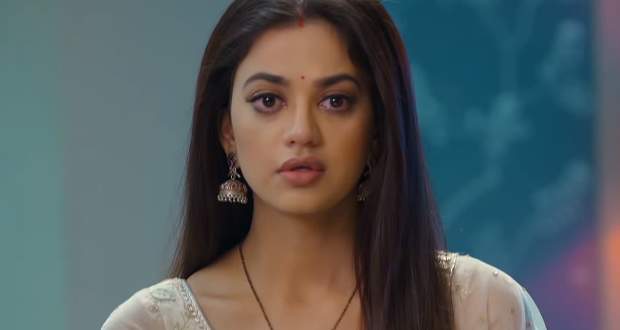 Today's Nazar 2 16 Mar episode starts with Urvashi and Daadi accusing Palak of returning to Chaudhary house. Daadi asks Palak to return immediately while Palak requests them to let her stay.

Madhulika asks Daadi to let Palak stay in the house. Daadi and Urvashi question her judgment while Madhulika reveals she is taking the decision as a woman.

Madhulika assures that she will take care of Apurv and will keep an eye on Palak. Later, Madhulika asks Daadi and Urvashi to ask Panditji about keeping Palak at home or not.

Palak wonders how she can fight the Daayan while Madhulika is amused as to why Panditji has sent an ordinary girl to fight with her. Palak witnesses Madhulika making Apurv realize that he saw a bad dream.

The next day, everyone celebrates Holi while Madhulika wonders what Panditji is talking about with Daadi and Urvashi. Madhulika and Palak perform on a famous song later.

Later, Palak mixes holy water in the swimming pool and pushes Madhulika inside it. Madhulika creates a smoke of colors and comes out of the pool in the Daayan form.

Nobody is able to see her face while Panditji instructs Palak to trap Madhulika in the mirror. Sh starts the procedure while later gets distracted by Apurv’s voice.

She leaves the mirror and it breaks and rushes to help Apurv. Madhulika escapes as she enters the ground. Later, Panditji asks Palak to tell Urvashi the truth.