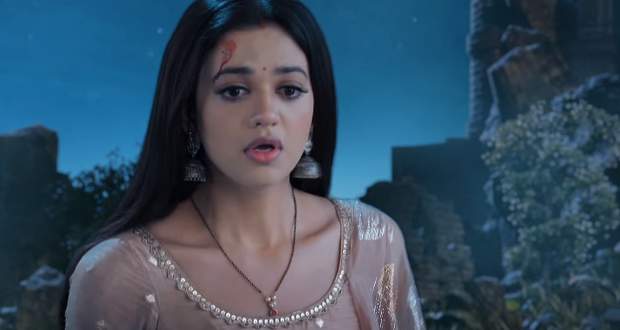 Today's Nazar 2 20 Mar episode starts with Madhulika getting worried about Girgit killing Apurv. She decides to use Apurv’s bat to find out his location.

Daadi shows her disapproval for Palak while Urvashi says Apurv is attached to Palak. Meanwhile, Madhulika finds the truck in which Apurv is present but some priests trap her in the fire.

Apurv gains consciousness in the sack while Panditji threatens to cut Madhulika’s braid using another Daayan’s blood. Madhulika gets free from the fire circle and leaves.

Girgit Behroopi finds the sake in which Apurv is present and plans on killing him. Meanwhile, Palak gains consciousness as well and realizes Apurv must be in some cave.

Girgit brings Apurv in his cave and threatens to kill him. Apurv requests to not attack him while Girgit realizes that he has brought the wrong person.

Palak comes at the same time and asks Girgit to leave Apurv. However, Girgit plans to kill both of them. He further attacks Palak and tortures him to torture Apurv as well.

Palak is trapped under the rocks and Girgit Behroopi attacks Apurv. However, Palak again gets out of the rocks and saves Apurv. She further attacks Girgit and beats him.