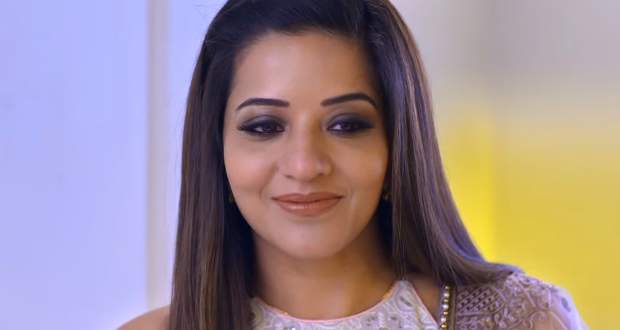 Today's Nazar 2 21 Feb episode starts with Palak making an entry in Apurv’s house. Meanwhile, Apurv is playing the mouth organ and the Daayan is present outside his window.

Urvashi and Narmada get delighted to see Sindoor footprints on the floor. Palak reaches Apurv’s room but is interrupted by her Maami.

Apurv takes the Laddoos while the Daayan is not able to enter his room. Meanwhile, Maami asks Palak to take the Kalash along while she doesn’t feel good about it.

Palak keeps the Kalash back in the temple. Later, Madhulika enters the bride’s room and hypnotizes her by singing the Daayan melody. She asks her to leave the marriage but her magic fails as the bride is wearing the Raksha thread.

Urvashi comes in the room of the bride to take her while Madhulika uses her powers to get the bride injured. She asks Urvashi to leave and assures she will treat her well.

Madhulika asks the bride to remove the black thread and it touches Madhulika. Madhulika gets in Daayan avatar while the bride runs away.

Madhulika is interrupted by Apurv while she loses the bride. Later, Madhulika catches the bride and sucks the life out of her. The bride falls in the Mandap with grey hair.

Palak’s Maami thinks it is a great opportunity to make money from the family and get Palak married to Apurv. Palak’s Mama asks some goon to kill Naina.

© Copyright tellybest.com, 2018 & 2019. All Rights Reserved. Unauthorized use and/or duplication of this material without written permission from tellybest.com is strictly prohibited.
Cached Saved on: Thursday 16th of July 2020 09:38:15 PM