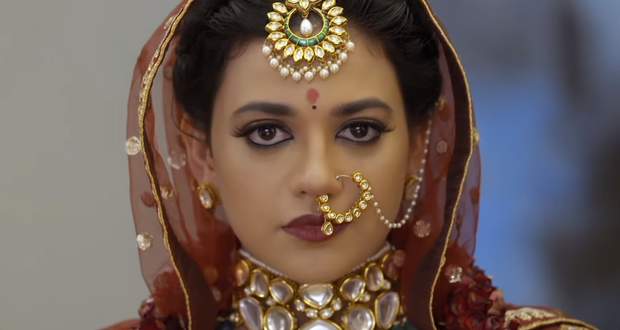 Today's Nazar 2 27 Feb episode starts with Madhulika learning that Palak and Apurv got married despite her efforts. She is confused how Palak was able to marry him.

Palak and Apurv arrive home for Grihapravesh. Meanwhile, Madhulika is on the terrace trying to gain her powers back but fails as Palak enters the house.

Madhulika wishes to confirm and stops Urvashi. She approaches to give a chain to Palak but stops as she sees the idol of the goddess in her hand. She gives the chain to her and asks if she met Apurv.

Madhulika meets Apurv and he tells everything to her. She asks Apurv to be as he is so that Palak can learn his reality sooner than later.

Later, Palak enters Apurv’s room and finds him dressed in a suit. He approaches towards Palak normally and also acts normal. He further says that he knows why she married to him.

He then starts laughing and says he got his wife scared. He starts acting like a kid and jumps on the bed.

Upcoming Nazar 2 episode update: Palak runs away from her room and out of the house.