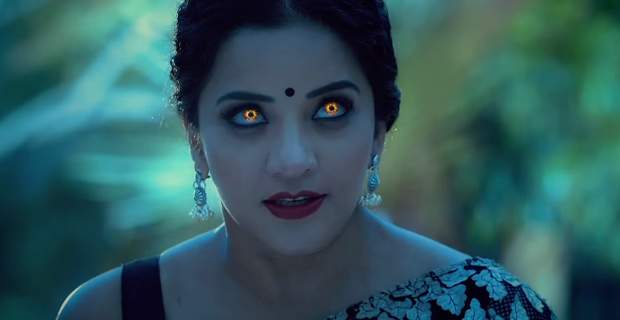 They listen to their conversation while Mohana is asking him about Rathod’s plan. They also learn that she going to Kaaton Ki Daldal while Rathods are worried about Abhay.

Mohana reveals her plan for the two moon night and later kills Abhay. Mohana breaks Abhay’s phone and declares her powers will get doubled and she will kill everyone.

Ansh and Piya want to back off while Barkha wants them to fight for Abhay’s sacrifice. They decide to fight together and search for Kaaton Ka Daldal.

Mohana is surrounded by Sarpvanshis but she fights them with full power. Nishant and Ansh deduce that Kaaton Ki Daldal is in the Somgarh fort.

Nishant warns that the fort is very dangerous and nobody returns from there. Meanwhile, Mohana is attacked by Chhalaayan’s while Saavi and Naman try to gain information about two mooned night.

Saavi is not happy with Naman bringing Dafli at a dangerous place. They find the Pataal Ketki Jharna has stopped flowing and Prathmayan has also escaped. They later discover that Dafli is missing.