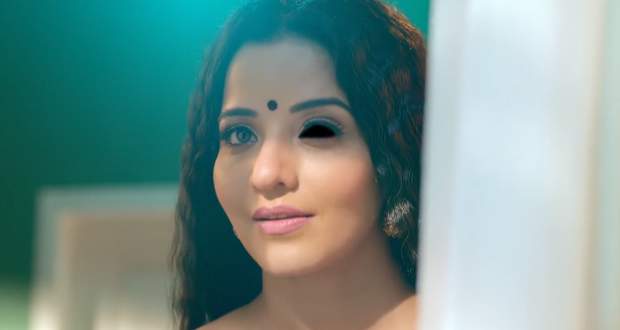 Today's Nazar 11 Nov episode starts with Mohana threatening about the result of their decision. She further refuses to help them and is not scared of Mahadaayan being born.

Shekhar gets angry at Mohana while she also attacks him. At the same time, Pari discovers a new doll coming in from the lift.

Pari tries to show the doll to Ansh and Piya but they ignore her. She takes the doll along with her but its eyes are glowing.

Nishant learns that Kalashri has to take permission from Prathmayan to become Mahadaayan. Pari wonders how the doll is moving from one place to another.

Mohana gets in an encounter with a new neighbor named Angad. She gets smitten by his looks and tries to flirt. Meanwhile, Nishant asks Prathmayan about Mahadaayan.

They learn that Prathmayan’s hair has reached its desired place. At the same time, the doll starts walking on its own and has a strand of black hair.

Naman tricks his mother-in-law and traps her in Chudail Chakra. Meanwhile, Mohana gets attracted to the neighbor boy Angad and gets his number.

They both decide to meet for a dinner date at night. Later, Naman is brought by Chota Pehalwan for catching an evil spirit. He further decides to stay with the evil spirits.

Upcoming Nazar episode update: The Rathods get shocked to see Mohana dancing on an upbeat song.